After trying other ROM's, I would always come back to CM 10.1 for its infrastructure, stability and clean features, however I still wanted experimental bleeding edge optimizations like such as Linaro toolchain.

These releases will only feature Linaro toolchain, bionic optimizations and other minor changes, generally keeping CM10.1 unaltered for the most part. I did next to no work, just compiled with patches by others.

Donations to CyanogenMod can be made: HERE 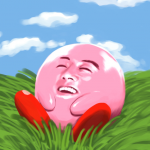